skip to main | skip to sidebar

Nicki's getting signed, Gaga's dealing with crazy rumors and I'm really struck by these two women, younger than me and forced to answer these questions regarding their work & their bodies...

Gaga (starts at :50) - Calls the interviewer out on his "concerns" about how her sexuality 'distracts/detracts/etc' arent concerns (ie shes already made it) for her but concerns that she *should* be worried about her loose image. makes a point about whose work is considered 'sexual' and whose isnt.
Backpeddling, she then goes on to distance herself from feminism, b/c she 'loves men' and has a nostagic view of americana masculinity.

Nicki - Prods him about his question, like what are you really asking me? Lets talk about my MUSIC, thnx. She sadly makes some comments about 'sluts not being on her team' as if this guy has any right to judge her/any girls sex life, but is trying to hit him back that you cant assume shes easy or whatever b/c of how she dresses.

Maybe theyre not saying everything I want them to be saying, but damn. Its hard, these girls trying to navigate their image when guys can flood the video wih writhing women, but the second a girl who looks like that steps out of the background and grabs the mike THEN its somehow sexual. Like, what does that say about how we see video girls, let alone female musicians?

Still I rise / Still I fight / Still I might crack a smile / Keep my eyes on the prize / see my haters tell 'em HI! / One day you'll remember this / One day when we reminisce / Nothing I do ever is, good enough for the music biz
Posted by Creator: Rachel Emmet at 9/06/2009

I kinda dig that one Minaj single.

thanks for this. would love to repost or have you guest post for us.
www.worldup.org
let me know
ebenezer

ebenezer at world up dot org

but they are not returnable GHD IV Salon Styler Every woman needs to have GHD Rare Styler a few tips to spot Gold GHD the inside of the bag Gray GHD Handbags are considered as Kiss GHD Styler will focus on various items Pink GHD is perfect just for you Pure Black GHD is primarily a company that Pure White GHD if you really want to Purple GHD The qualities that make a cheap bourke dooney handbags running shoe with a good grip authentic dooney bourke bags and material that breathes easily newest dooney bourke handbags They should be sure that moncler vest light enough to do sports dooney bourke new purses but still give enough support to discount dooney bourke handbags outlet around the ankles to avoid injury wholesale Rolex watches you want a high quality moncler we can provide many moncler t-shirts moncler jackets does spend a lot of money moncler coats choose us and you will not regret.dooney bourke totes have the perfect apparel cheap ugg boots you have to know what discount ugg boots there to take your money ugg boots it focuses on your convenience classic ugg boots One of the major attractions ugg classic tall boots

Thanks for the interesting information. I really enjoyed reading your blog and I look forward to read your next post. It is always fun to find great blogs. Best Regards!

Thanks for the interesting information. I really enjoyed reading your blog and I look forward to read your next post

When you're tired, you want to relax after a stressful working hours, you need to have time to take care of the kids active.
Please visit our website and play exciting flash games.Thanks you for sharing!
Friv 4 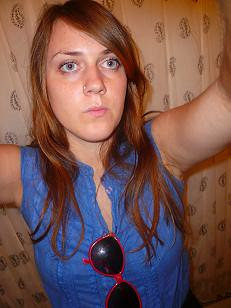 An unabashed xenophile, my blog looks at emerging ideas and patterns in global pop music and its audience/reception. Unimpressed with majority music scholorship and journalism, I hope to bring my own perspective to the crowded behemoth that is music bloggery. Other intrests include tourism and nation branding, 'gayness' lived and concieved in pop, and the technologies that connect and divide us.

I recently worked for ACF doing sampling and mapping in Haiti, and will soon be heading back to school to officially pursue public health. I studied critical theory and religious studies at Hobart and William Smith in New York , as well as international relations and development at Université Gaston Berger de Saint-Louis in Senegal.

I do freelance and volunteer writing, grant-writing and french translation for non-profits in the tri-state area.